If you are anything like me when you go to the Haverford YMCA, you head straight inside, do your thing, and leave.

Makes sense. However, the next time you visit, I encourage you to veer left and head to the side the building. There you will most likely find Randy Goldman. 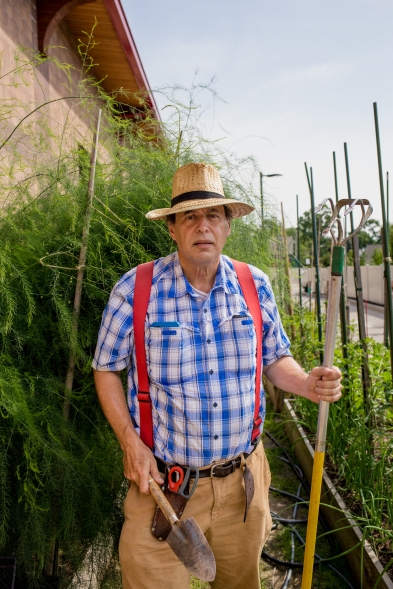 Randy is a retired lawyer and volunteer who tends to the garden (yes, there’s a garden!) at the YMCA every day. Usually.

“I do have other things to do,” he tells me.

That may be true, but Randy’s dedication to the garden is apparent. And our neighbors in need are reaping the benefits.

Over 2,600 pounds of fresh produce from the garden was donated to local food pantries last year. 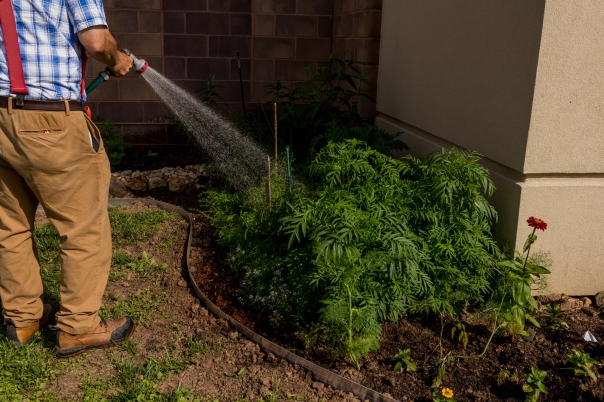 Randy works with three area food pantries: Hope United Methodist Church and St. James United Church, which are both in Havertown, as well as Ardmore Food Pantry, to distribute produce grown in the garden to those in need. The garden also partners with Pennsylvania Horticultural Society’s City Harvest program to acquire seeds and connect with distributors.

“We have a refrigerator here now, which makes it easier to store things,” says Randy. He explains that Ardmore Food Pantry was able to donate their refrigerator to the YMCA after receiving a grant to get a new refrigerator at their location. Refrigeration and safe storage of fresh food are the biggest challenges facing food pantries and gleaning gardens.

Randy had been using his own refrigerator, and borrowing his brother’s, to store the harvest.

“I couldn’t even grocery shop for myself, because my fridge was so full,” he says, laughing. 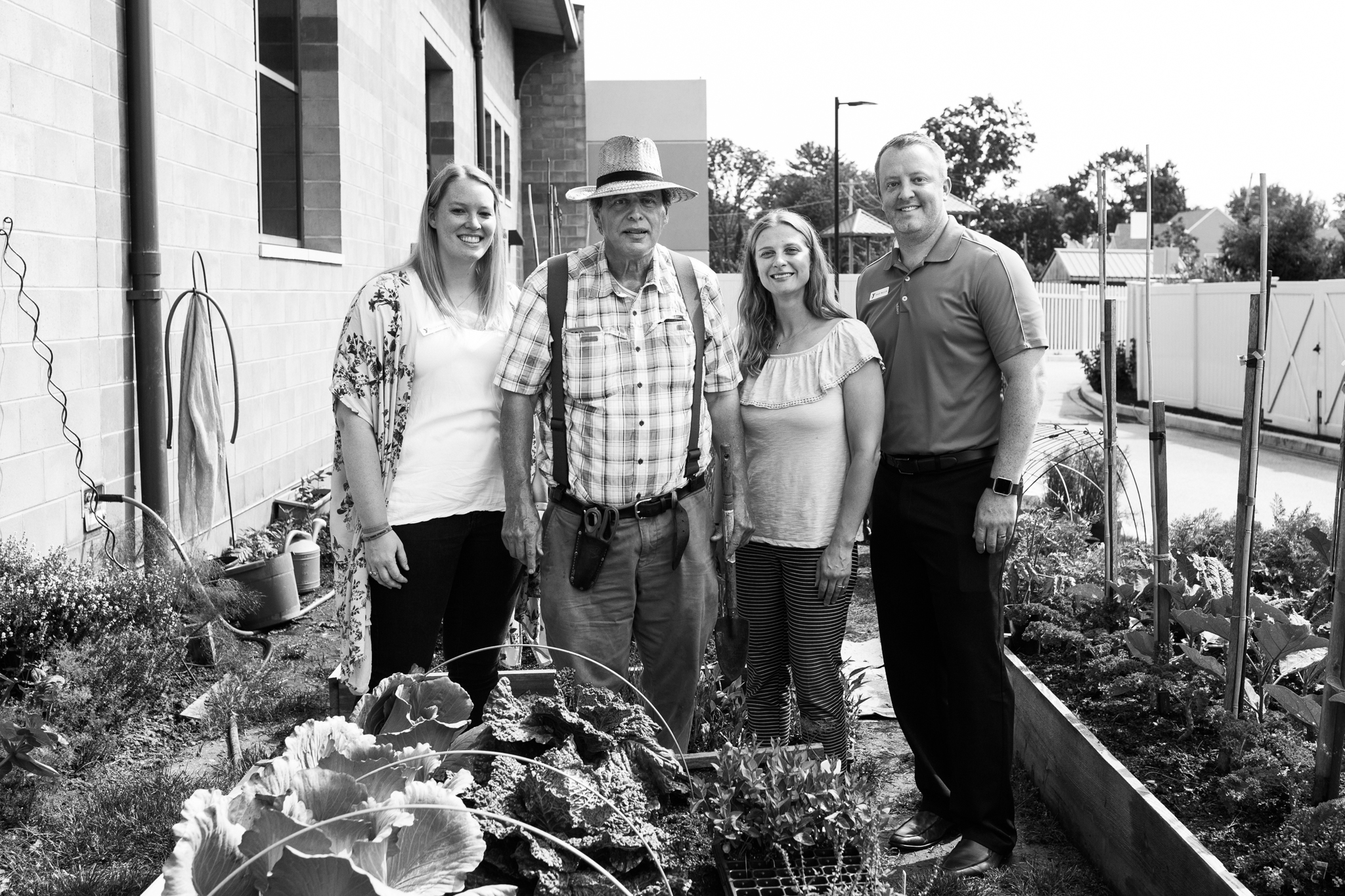 David Mullin, Executive Director of the Haverford Area YMCA, tells me there are gardens at other YMCA locations, but none are as active as this one.

If Randy had his way, the garden would be even bigger.

“If only I could tear down this fence,” he says to David, motioning to the fence across the driveway. “I could expand.”

David jokes back: “If we could take that fence down, there would be more parking spaces.”

David also tells me Randy has been honored with the YMCA’s Volunteer of the Year award – twice.

It’s easy to see why. Just to name a few of the things you will find in the garden: asparagus. Peppers. Ten varieties of lettuce. Forty kinds of tomatoes. Peas. Cauliflower. Borage (edible flowers). Garlic. Herbs. Numerous pollinator plants.

It’s not just pollinators that Randy would like to attract to the garden. “I planted some flowers around because I think a lot of people don’t realize there’s a garden back here,” he says. 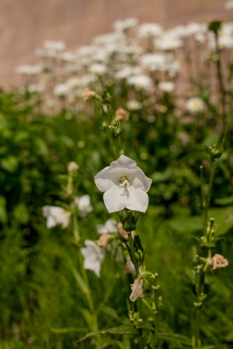 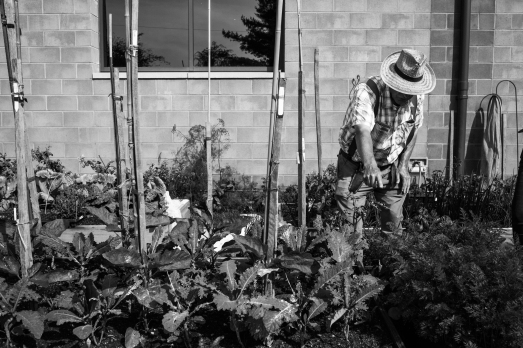 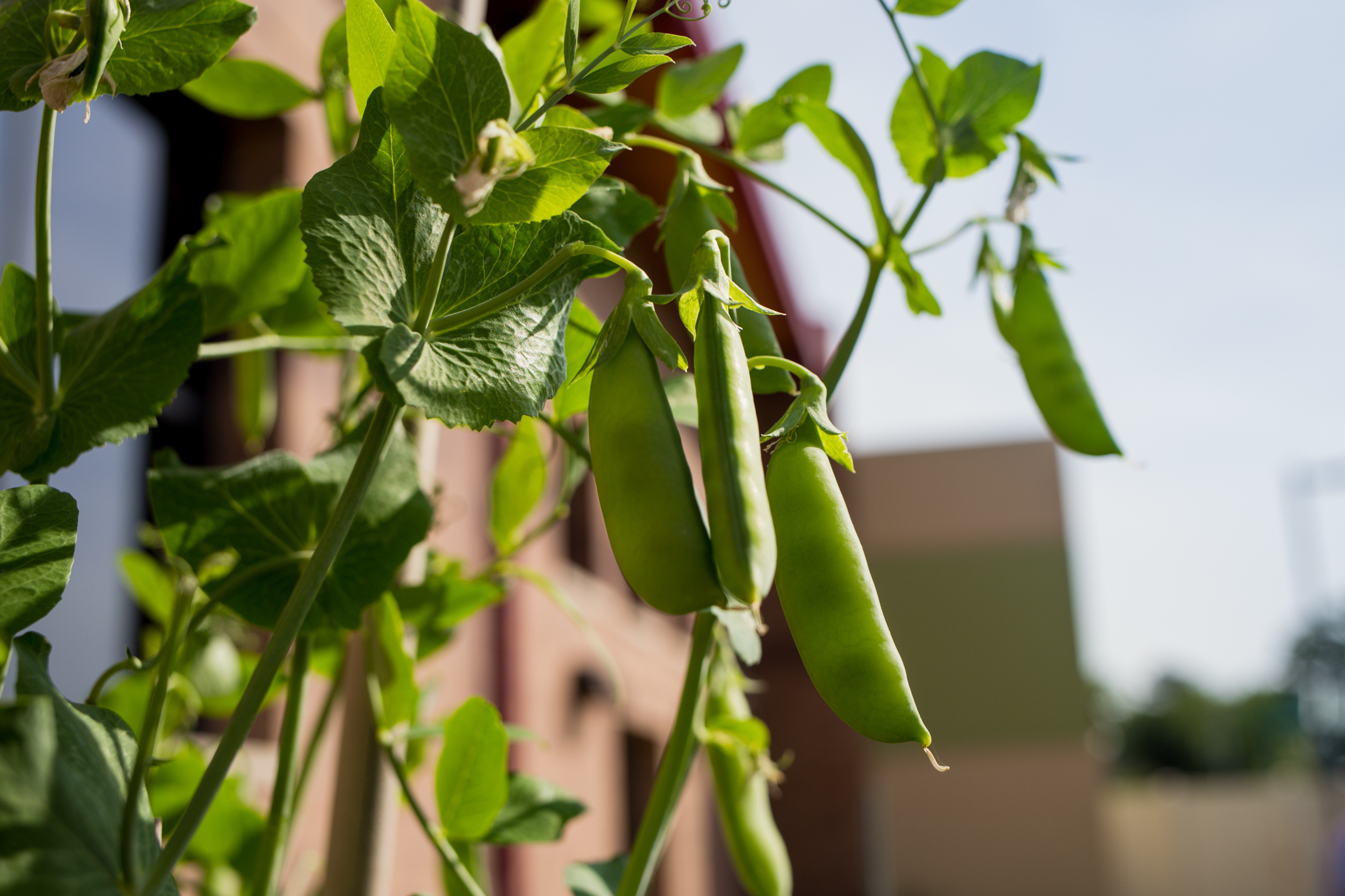 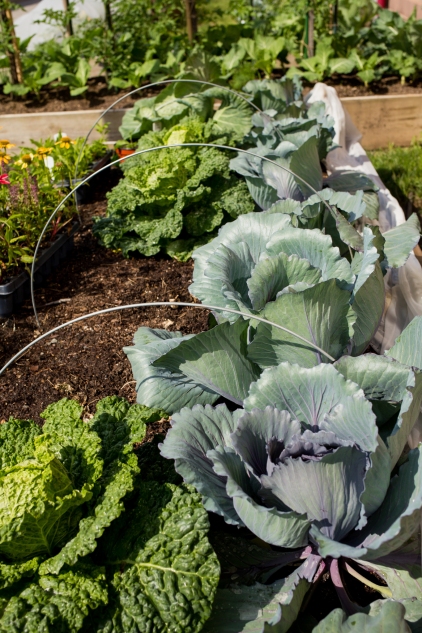 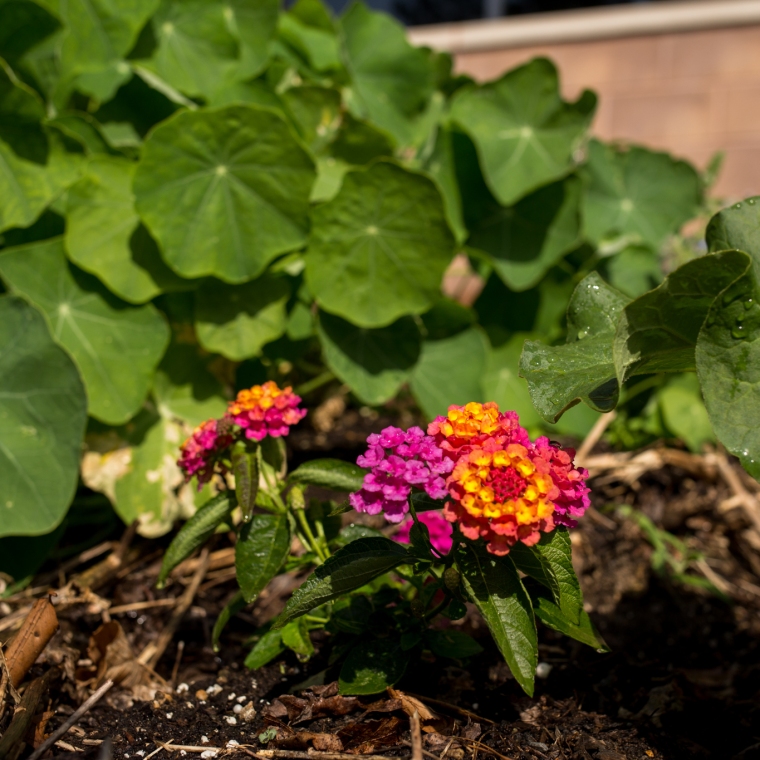 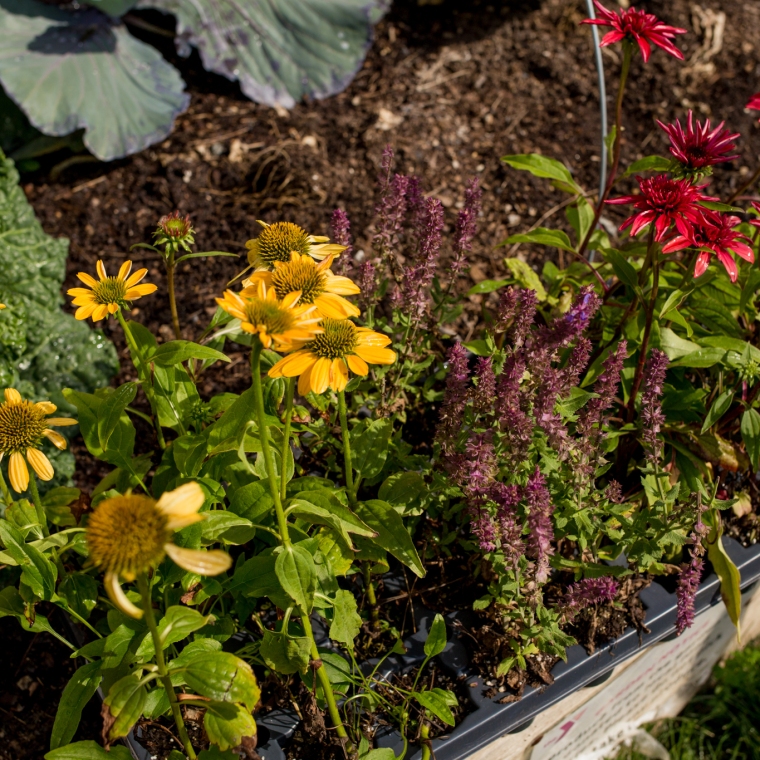 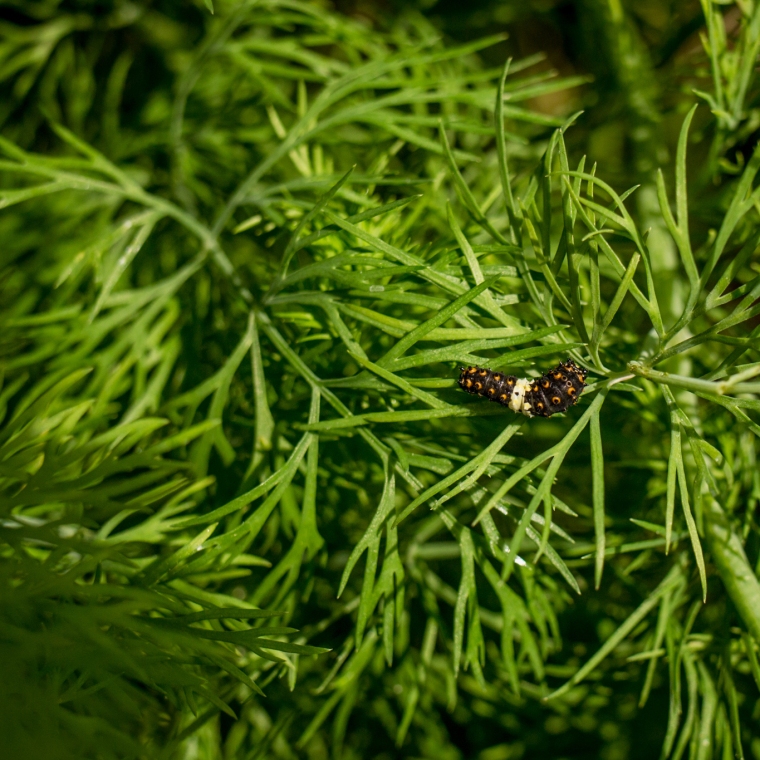 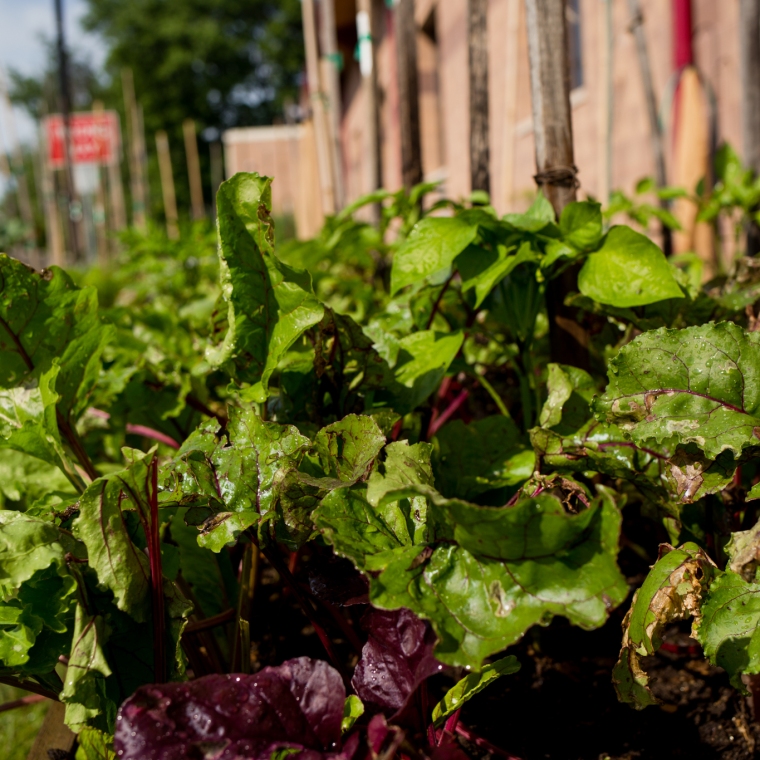 The garden fits into the Y’s overall mission of supporting healthy living and social responsibility. I think it fits nicely into the overall spirit of Havertown, as well. Deeply rooted, grown with care, and generously giving to those in need.

HavertownLife is a social media presence and occasional blog dedicated to highlighting the best of life in our community.